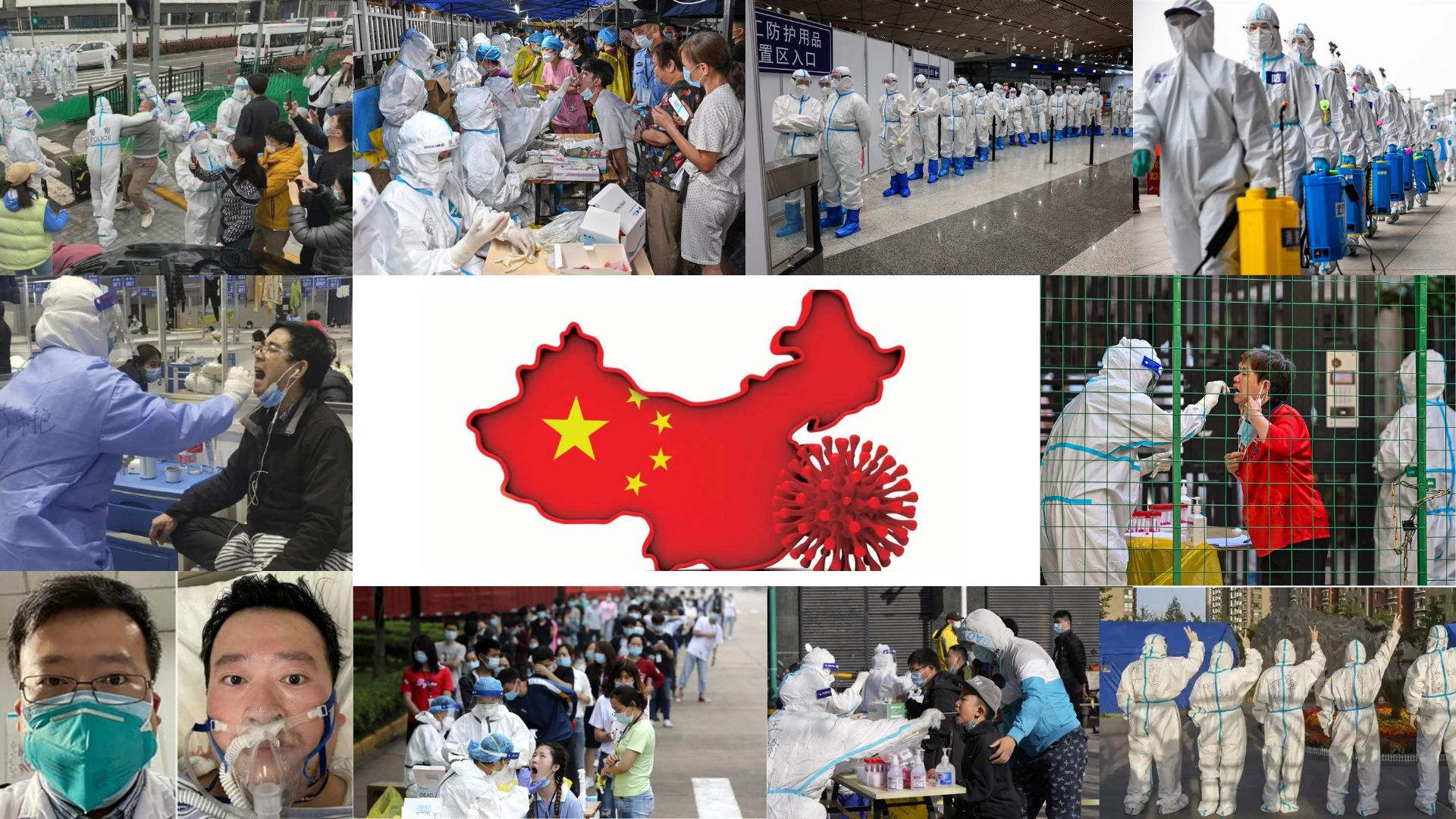 In 2013 as Xi Jinping took over the leadership of CCP and China, his first address to the party’s elite members included a movie and a detailed discussion on the reasons for disintegration of USSR. Then came the now leaked communique, Document 9. This document accused Mikhail Gorbachev of being gullible and permitting “Western ideas” (like democracy and human rights) to cause the fall of Soviet empire. Xi intended that this would become the bible for every decision made by the communist party thereon.

But Xi’s communique had one major shortfall – it did not recognize the main catalyst behind USSR’s decline – the Chernobyl Nuclear Power Plant Leak. Not only did this radioactive leak sow the first seeds of discord within the society but Soviet government’s tardy response escalated the anger among the citizens…and ultimately led to the fall of USSR.

It’s been about 10 years since Xi Jinping came to power, and now he finds himself in similar position – fighting a hazardous biological leak, controlling the escalating public resentment and dealing with a nation that’s heading towards economic decline. Covid-19 is Xi Jinping’s Chernobyl…but as China heads for elections this year, the important question is – will Xi be able to control the narrative around Covid 19 handling by his government, or will he let this pandemic become his kryptonite?

“Pandemic containment is increasingly shaping up as Cultural Revolution 2.0.”

History will remember covid19 as a litmus test for ethics, unity and competence for each and every government around the world. But for China it will forever be stained with charges of unethical cover-ups, inhumane lockdowns, and unconstitutional disregard of all rights. Analyzing the reasons for these brings us to ONE and only one cause – the unplanned and unprepared implementation of the zero-covid strategy by Chinese government.

Zero-Covid Policy wasn’t exclusive to China, countries like New Zealand, Hong Kong, Australia, Macau, Singapore, Scotland & Northern Ireland etc, had all been following this policy too. So, what went wrong with China’s execution of this?

Before we discuss this, think about China’s governance and management style till date –

Chinese government has followed a ‘comply or die’ attitude towards the execution of every policy, especially those that relate to law and order – Be it Mao’s very controversial “Great Leap Forward”; Deng’s “Tiananmen Massacre”; Jiang’s brutal persecution of Falun Gong movement; Hu Jintao’s use of Army teams, gun power and tear gas to control the Urumqi protests of 2009; Xi’s number of campaigns against the minorities and even Hong Kong – every CCP chairman till date has used violence to ensure compliance and submission from citizen…..so was implementing Covid Protocols going to be any different? No, it wasn’t.

You (CCP) are driving people to death

A few days ago, multiple videos of Shanghai citizens, screaming into the dead of night, had gone viral. These people had been protesting the indefinite and sudden lockdown which the government had imposed on Shanghai this year. Then surfaced the allegations of human rights violations in the name of Zero-Covid which the Shanghai citizens had started uploading – be it the food-water shortages, lack of medical attention for non-Covid ailments, thrashing those who refuse PCR testing, wrapping all those who test Covid positive with packing tape and then mercilessly throwing them into trucks bound for Fangcang Hospitals (makeshift/mobile field hospitals) etc. the stories are many, and each more horrid than the other…

Watching the videos of people escaping their quarantine by climbing down (some videos also showed people jumping down) the windows of high-rise building, you are forced to introspect if such unnecessary harassment under the guise of Zero-Covid was necessary? Could better awareness, education and transparency about the Covid Virus not have made the transition easier for citizens and local authorities? Was cruelty the only way to ensure compliance?

We will resolutely struggle against all words and deeds that distort, doubt and deny our epidemic prevention policies.

In the past three years, the world learnt to live with the Virus, but China is still struggling to normalize life. Xi’s insistence on following the dynamic zero-covid policy by supporting its ‘scientific and effective’ mass lockdowns despite protests, shortages and damage to economic growth has now started raising doubts even from within the Party.

But before the Chinese People’s Political Consultative Conference (China’s top political advisory body) could convene a discussion, Xi released new rules to keep a check on Party veterans. Titled “guidelines on strengthening Party building for retired officials in the new era all”, these rules ensure that retired Party cadres “follow the party” and reminds them to ” strictly adhere to the relevant regulations “. Thereby effectively shutting down all criticism completely.

For a government who claims its ultimate purpose is to “serve the people”, CCP’s Covid management has been anything but that. Apart from the inhumane treatment of people, the mounting financial pressure on the lower and middle-class families has become exorbitant.

Interestingly, Xi’s Zero-Covid has an uncanny similarity to Mao’s Four Pest Campaign – both were unnecessary, irrational, ill-planned! While the consequence of Mao’s decision came as painfully as China’s Great Famine, Xi’s is bound to head in a similar direction –

And history may repeat wickedly for Xi….just like it did for Mao and Gorbachev.