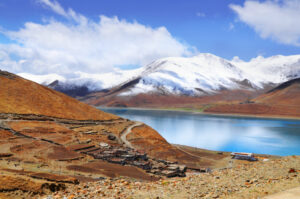 Our principle is that the Party commands the gun, and the gun must never be allowed to command the Party. – Mao Zedong

“Based on what I know, the Chinese side also suffered casualties in the Galwan Valley physical clash”

And that’s all. That’s their only explanation for my younger cousin, my fellow comrade.. and for so many others like him who gave their lives for the nation in Jun 2020. My aunt is distraught – “Where is he?” “Was he one of the soldiers martyred?” “Will he be home for holidays?” “Why won’t they tell me anything?”.. she expects me, her son’s best friend, his fellow soldier, his brother.. to have answers. How do I tell her I can’t answer her this time? My heart breaks as I seek answers from my paramount leader, but he says nothing at all.

Lately a thought often crosses my mind – Am I fighting for my country or is it all just for the Party?

I remember my school teacher explaining the 1927’s Nanchang Uprising. Firing the first shot of armed rebellion against Chiang Kai-shek’s Nationalist Party, it became the crucial period in which our Party understood the importance of an army. After liberation and the founding of our People’s Republic of China, August 1 was renamed the Army Day of the People’s Liberation Army. And since ’49, since those humble beginnings, we have risen from a Party’s fighting arm to become the world’s largest military force..with an aim to safeguard China’s national interest.

During the 90th founding anniversary of PLA, Chairman Xi in his speech on the occasion said,

“The world is far from tranquil and peace needs to be safeguarded.”

With this thought in mind the Centre put into action various set of reforms for PLA. However, they failed to realize that it’s not just the new equipment and increasing defense budgets that makes an army. The most important for an Army, for any Army, is the morale of the men serving in it.

Time and again our senior PLA leaders have through articles, journals, books and internal newspapers, vehemently advised the Party against involving the army in CCP’s ‘war without rules’ and indulging in ‘wolfish’ behavior urging aggressive expansionist strategy…but to no avail. These articles by our seniors/veterans and various military experts have emphasized that the symptom of demotivated performance and lack of readiness may not be just due to a want of modernization in the military but it might be the deeply embedded disappointment in the soldier’s heart…

As a soldier, there is no doubt that I will forever fight with all my might for the country…even when our civilian leaders decide to commit the PLA to battles that shouldn’t have been ours to begin with…As loyal servants of the nation, I and all my brothers will seek to defeat the enemy quickly and decisively. However, how nice would it be, if our veterans who have dedicated their lives for the country are respected and taken care of. How nice would it be, if the families who send their only sons away to fight wars, know that their sons are fighting a just cause and their heroism won’t be covered under diplomacy and egos. How nice would it be, if our young soldiers who put their lives on the line to protect our nation’s might, are appreciated and their valor and commitment is recognized. How nice would it be if our leader realizes that –

6 thoughts on “WHOSE WAR IS IT ANYWAYS?”