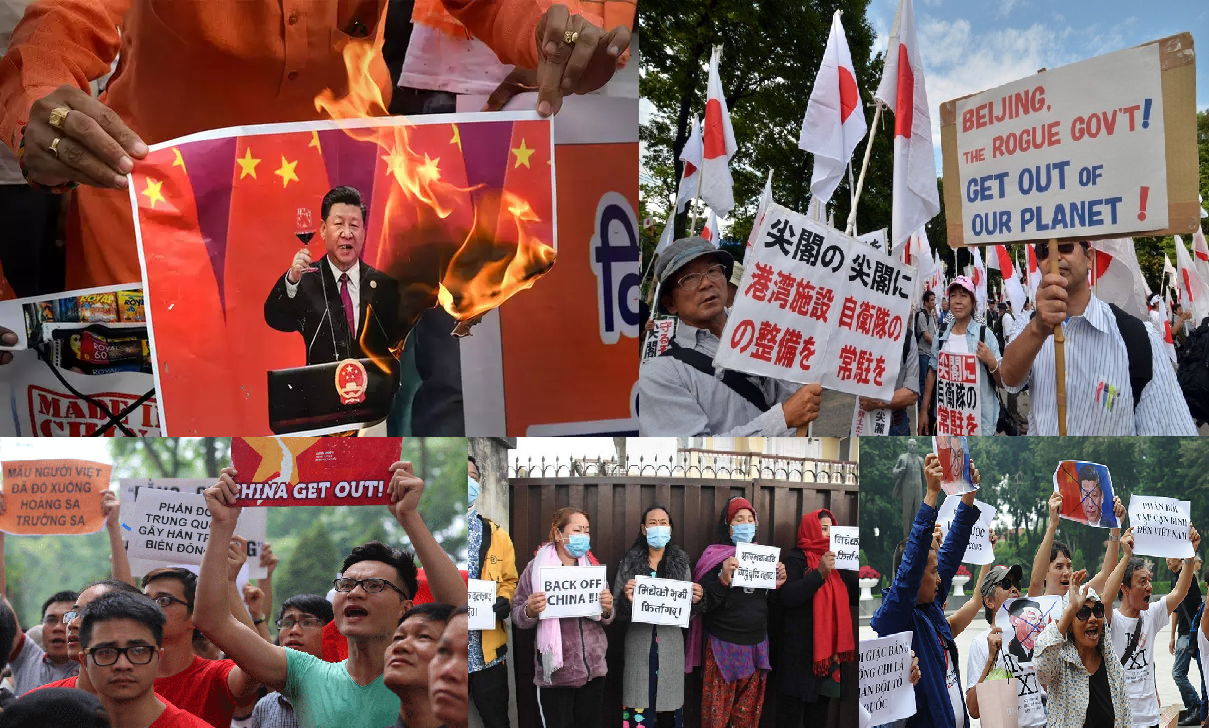 Very recently a group of 17 Chinese government agencies including the ministry of commerce, the central propaganda department of Chinese Communist Party (CCP), the ministry of foreign affairs and the ministry of education issued joint guidelines to promote 29 districts as “national cultural export bases”. The government also announced that these export bases would be a means to encourage the export of films, television series and video games, and will also work along with overseas media platform to broaden China’s cultural investment and cooperation.

Well…feels like China is on a path of damage control, but will this initiative be enough to salvage China’s lost appeal? Will Party’s strict censorship and monitoring yet again limit these “export bases” to mere propaganda and Party-praising? Or, are these “export bases” destined to become the Party’s new instruments of surveillance and espionage, much like their predecessors?

But most importantly what the world needs to decide today is that while CCP continues to restrict our artists, movies, writers, even journalists and NGOs (and other various initiatives by foreign countries and non-profit organisations) within China, how should the world look at this new cultural investment initiative?

Before we get ready to ponder on this, the first question we should look at is what is China’s appeal to the world? What is China’s soft power?

In the late 1980s Joseph Nye introduced the term Soft Power which was the ability to influence others by attraction or persuasion rather than through direct interventions that involve coercion or payment to get the result that one desires. So as per this definition, China’s power to influence rests on three pillars – (a) promotion of Chinese culture and student exchanges, (b) foreign policies and economic cooperation, and (c) political messaging. Now let’s see how was this implemented –

Culture has become a more and more important source of national cohesion and creativity and a factor of growing significance in the competition in overall national strength…[We must] enhance culture as part of the soft power of our.

With this thought in mind the Party established Confucius Institutes in various parts of the world, spread the love for calligraphy and Mandarin, engaged in Panda-diplomacy, invested in Hollywood and made movies and music to suit Western audiences..all to bring people closer to China by promoting history and culture. However, while all this did spread China’s charm, it was China’s economic growth and success story that really worked its magic, especially in the eyes of developing nations. Further, through international aid and assistance, the country built (and continues building) its economic soft power. Demonstrated by major trade agreements, huge loans at very low interest rate or official development assistance (ODA), China’s economic diplomacy and monetary power became the strongest instrument of Beijing’s soft power.

Over years CCP’s soft power initiatives like teachings of Confucius, the YouTube videos of China’s rural star Li Ziqi, calligraphy tutorials, Kung Fu, delicacies of roasted duck and longevity noodles and such, did appealed to a select group of people and did attract tourists and students, but what China failed to garner was mass appeal and mass interest.

So, what went wrong with CCP’s soft power diplomacy?

With steady success of South Korea’s global influence, especially in the last 5 years, be it through movies/dramas (like Train to Busan, Parasite, Squid Games etc), or through their music, or through their beauty and health secrets, or even just simply through their food…the question why China failed while the world was swept in a south Korean frenzy seems to be on everyone’s mind.

The answer is quite evident – CCP’s initiatives of “soft” diplomacy have been lost under the heavily infused propaganda and an array of mistrust generated by the lack credibility and transparency.

Take for example the Confucius Institutes (CI) – Be it the allegations of engaging in industrial and military espionage or those of meddling with academic and political freedom of host country, or allegations of advancing the Chinese government’s political agendas on controversial issues such as Taiwan, and human rights in China and Tibet; CI’s close relation and dependence on Chinese government’s United Front Department has made it a subject of controversy and criticism. Or take the example of China’s Industrial sector and the alarming increase in cases of espionage, information control and surveillance activities, that as per various reports (from various countries) find its roots in CCP’s policies.

Chairman Xi’s “Party Controls All” policy has forced not only commercial entities, expatriates, students but at times even tourists to comply with Party’s whims and fancies, most of the times compromising on their integrity, decision making power, creativity and even their dreams. Adding fuel to all this is the ‘wolf warrior diplomacy’ of Xi’s administration, a strategy that’s gone extremely wrong for this regime and has provoked strong backlash against the country and her people. Coupled with militia’s aggression in South China Sea, hostage diplomacy (like in the case of Huawei CFO and the Canadians Michael Korvig and Michael Spavor) and “debt trap” strategy (economically trapping under-developed and developing countries), this “wolfish” behaviour has resulted in not just reduction of allies, global support, cultural exchange and  goodwill, but has also left common Chinese citizens facing suspicion and increased scrutiny everywhere.

A question that in the past two years has often been raised by experts and that seems particularly poignant in today’s times is “Has China given up on growing her global appeal and has decided to exercise her influence by force and military might only? Has “telling Chinese stories and spreading Chinese voice”, Xi’s mantra that could have ensured success by winning hearts, been drowned in the narrative by propagandists and extremists? Has the crackdown, illegal surveillance, allegations of human rights violations etc, furthered China and her people for the rest of the world? Without a rethink on CCP’s policies, will the new initiatives of cultural exchange and investment, like the “export bases” we read about earlier, be effective in rectifying China’s dented image?

Leaders have to make crucial choices about the types of power that they use. Woe be to followers of those leaders who ignore or devalue the significance of soft power.

Someone rightfully observed that “Power has never flowed solely from the barrel of a gun; even the most brutal dictators have relied on attraction as well as fear”.  China now stands at crossroads and needs to choose how it plans to conduct business, especially if there is sincerity in their dream for “national rejuvenation”. Not only should they reassess their policies and diplomatic behaviour, but the foremost need is to correct CCP government’s credibility and transparency – be it while dealing with issues of COVID19 pandemic or aggressive expansion or allegations of human rights or even issues of foreigner’s safety – the leadership needs to realise that hard power has done more damage and a need for soft power is warranted…before its too late.